Once in a lifetime, everyone has heard people suggesting to stay away from bulls while wearing red because of the widespread belief that they can get outraged when they see the color red. But is that really so? Do bulls really hate the red? If yes, why do they only hate the color red?

Bulls don’t hate red at all; in fact, because they have dichromatic vision, they can’t even see red. Moreover, they can’t see all the colors humans can see. Only yellow, blue, and violet hues are recognized by bulls. 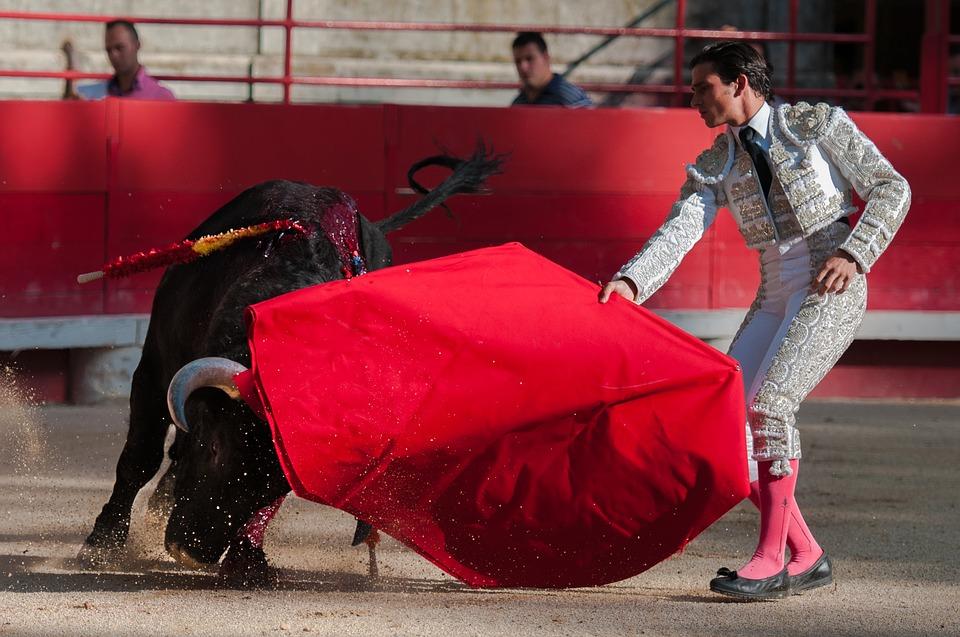 Bulls do not incite anger with the color red, but can they recognize red? If not, why do they react to the red-colored Muleta used ? Why is it that many people still believe that the color red causes a bull to become furious?

Bulls are colorblind to red-green; hence they cannot see red and green colors. The majority of cattle, including bulls, are dichromats, which means they can perceive only two colors. Humans, on the other hand, can perceive three colors: red, green, and blue.

Cattle are visually blind to red, but can see yellow, green, blue, and violet colors, according to Temple Grandin’s book “Improving Animal Welfare.” Thus, the red color cape used in is purely ceremonial in nature and is not used to make them aggressive.

What Happens When Bulls See Red?

Probably you have heard the saying “like a red rag to a bull”, used when describing something that causes anger or irritation. According to popular belief, bulls get angry when they see a red muleta, but is this true? What happens to bulls when they see red? Let’s find out.

While it is believed that bulls get angry when they are exposed to the color red, in reality, they do not react to red at all because they are colorblind and cannot recognize the color red. In truth, there is no color which makes them angry.

Do Bulls Only See Red?

The fact that bulls get angry in a bullring after they see red Muleta makes people believe they only see. But is it true? Can bulls not see any color other than red? And, if yes, how do they recognize green grass, hay, and human beings? Let’s answer all these questions below.

Bulls cannot see red; in fact, except red, they can see any other color. This is because they are colorblind to color red and green which are seen by them as versions of gray or black. Red capes agitate bulls due to their snapping action, not because they’re red. The bull is most likely seeing black as a means of anger, not red.

Cows aren’t color-sensitive, but they are sensitive to sharp contrasts. For instance, if there is a dark fence standing in front of a white building, cows will be startled by the change in color.

How Bulls React to Red Capes? 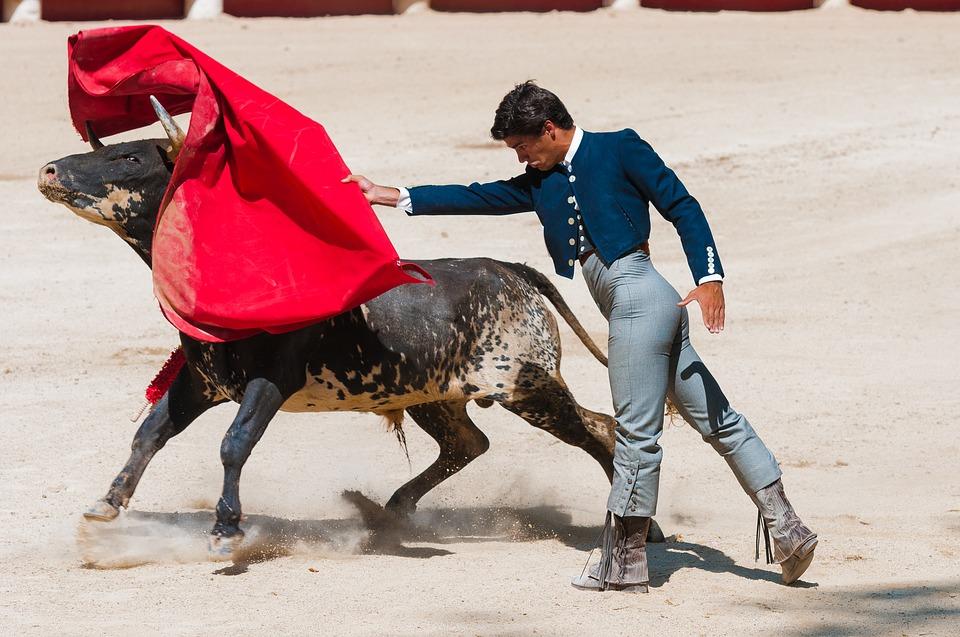 Red-colored capes are used for traditional reasons alone but how they react to red capes is still unexplored. Let’s figure this out.

When the Matador whips the Muleta in an aggressive manner, the bull views that movement as a sign of danger. That will trigger the Fight or Flight response, resulting in the bull attacking the Matador in order to escape from danger.

In fact, there are three stages to bull fighting , and the red cape is only worn during the third and final stage. Also, the red color of the cape serves to mask the bull’s blood when it is fended off.

Why Do Bulls Charge? 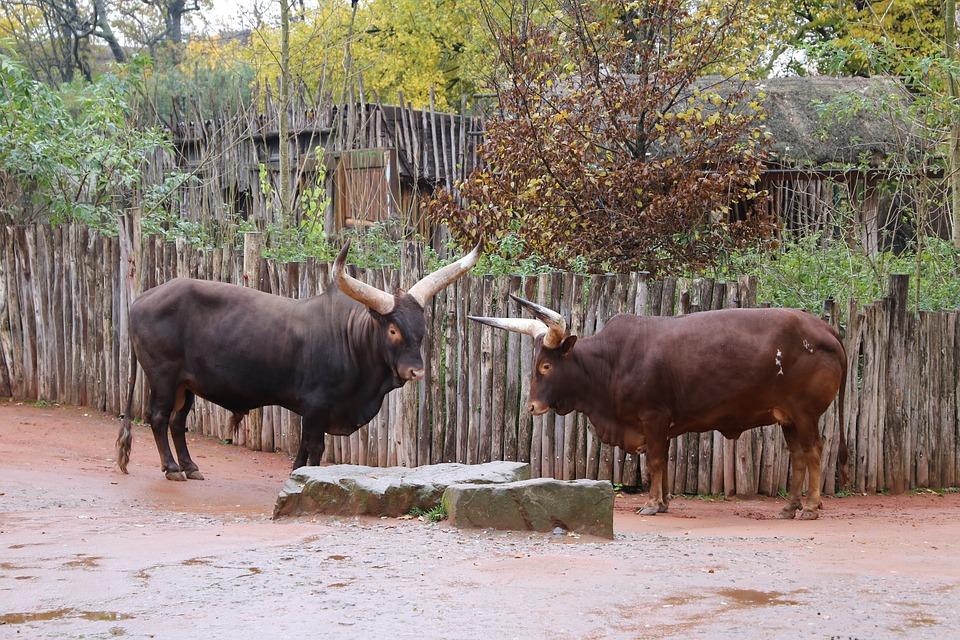 Now it is quite clear that neither bulls recognize red color nor they hate red color. You must be thinking why do bulls charge at waving Muleta? Let’s find this out.

In contrast to popular belief, bulls do not charge because of the matador’s red cape. In fact, when the Matador starts waving the Muleta suddenly, the bull views that sudden movement as a sign of danger. This will make him nervous and enraged, resulting in the bull to take charge of the Matador in order to escape from danger.

Although cows are smart animals, since they are prey species, they get scared easily even with the slightest of the movement around them. Thus, to defend themself, they charge at matadors when they start sudden movements of the red cape.

What is the Depth Perception of Bulls?

To conclude, it can be said that bulls are not color blind. It is only the fight and flight response of bulls that makes them angry with the red cape whips in the bullfighting. It is only because of the sudden movement and nuisance of the crowds that make them so nervous and infuriated.

link to Do Cows Think: About, What, When, Why

Cows definitely can think. But for humans, it may be tough to understand what goes on in a cow’s head exactly. But if you have worked with them, the chances are high that you would understand their...

Continue Reading
link to Can Cows Jump: How High, What Circumstances and Interesting Facts

Cows may have a heavy physique, but oddly enough, they can jump. As per animal experts, cows are great when it comes to showing novelty. So, even the slightest change(s) in their familiar environment...