We are all aware of the fact that sharks are one of the fascinating predators in water. This makes people wonder, do they have ears? If they do not have ears, how do they listen to the vibrations from their prey or from the surroundings? Let’s find out.

Sharks only have inner ears which allows them to hear. Their ears are nothing like what we humans have though. They don’t have an outer or middle ear but they do have an aural cavity. This cavity is connected to the mouth and can detect low frequency vibrations.

Shark’s ear consists of three chambers and an ear stone, which is  responsible for hearing, detecting acceleration, and sensing gravity. A shark’s ear, also known as an external acoustic meatus, comes in the form of tiny holes on each side of the shark’s head that lead directly to the inner ear (which receives sound waves) and eventually the brain (which interprets them).

Do Sharks Have External Ears

It’s something we all wonder about, especially when we’re swimming in the ocean. Do sharks have external ears? Is there anything out there to help protect them from the sounds of the world around them? Read below to know.

Sharks have no external ears. They can only hear through internal ears. Their inner ears, like ours, are involved in perception and balance of sounds. The sacculus, lagena, and utriculus are three compartments that make up the inner ear. The hairs on the ears allow them to detect low-frequency sounds, such as the sounds caused by wounded fish, from a directional standpoint. 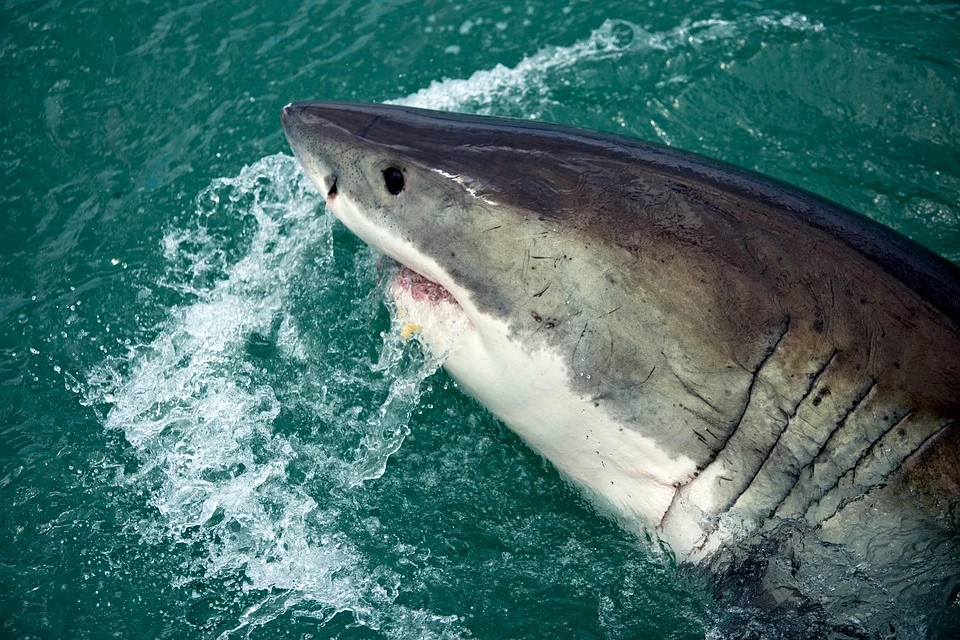 While sharks generally rely on smell to detect prey, other senses like sight, hearing and touch also come into play. Sharks and rays can hear low frequency sound waves from a long distance. They can do this without having external ears, for this the shark’s cranial fluid picks up the vibrations.

Do Sharks Have Internal Ears

The ears of a shark aren’t visible on the outside of their body because they are inside their cartilaginous skeleton and look more like tiny holes along their head, neck, and back. Each side of the shark’s head has a small opening leading directly to its inner ear through a thin passageway.

Sharks have sophisticated internal ears that let them detect and locate both prey and potential predators by picking up frequencies in the water. The sharks can also sense changes in pressure. Some experts believe that some shark species may be able to sense an earthquake in the making because of their good sense of hearing.

Can a Shark Hear 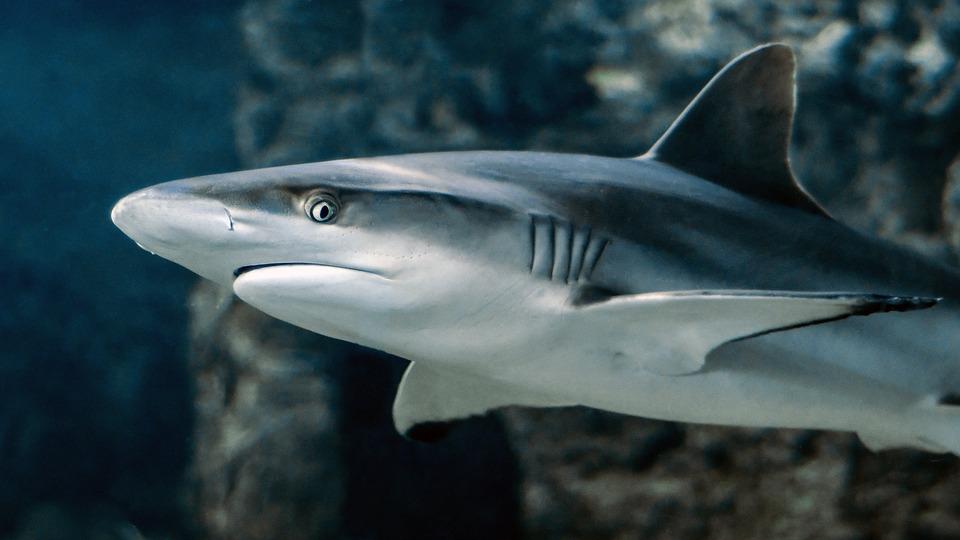 Have you ever wondered if sharks can hear you when you are swimming in the water nearby? Can they hear the sounds in the water? Do they have an advantage over other underwater creatures? And what are the differences between sharks’ ears and human ears? Let’s find out!

Although sharks do not appear to have visible ears like humans, but have good hearing nonetheless. Sharks’ internal ears are similar to those of humans, but these are significantly more sensitive. They are able to detect disturbances in the water caused by other fishes and are also responsible for balancing the body.

They can sense vibrations from other creatures nearby and help them to find prey and track down their victims. Sharks have special receptors called the lateral line which help them to detect the movement of water.

However, a shark’s ability to hear depends on the species, but all sharks are capable of hearing prey in the water thanks to an advanced sensory organ called the lateral line system, which can sense both vibrations and electrical fields.

Sharks also have an inner ear that allows them to both hear and balance underwater, but it doesn’t have any special features that allow them to detect sounds like ours do. So, yes, sharks can hear, but their hearing capabilities are pretty limited when compared to ours.

Do Sharks Have a Good Hearing

We know that sharks have pretty good vision, but do they have good hearing? Since they have no external ears this makes people wonder if they are even able to hear accurately? Let’s find out.

Sharks have very sensitive hearing. The lowest frequency a human being can hear is about 10 hertz, while the maximum being 800 hertz. Hence, they are capable of hearing low frequency sounds that humans cannot hear.

Infact, Sharks are widely considered to have a good hearing. It is often thought that they can sense low frequency sounds produced by other marine animals.

They are widely considered to have a good hearing. It is often thought that they can sense low frequency sounds produced by other marine animals. The fact is that the hearing of cartilaginous fishes such as sharks and rays is better than what their ears might suggest.

Sharks have a really good sense of hearing. The sharks can hear the sounds from any direction easily. This is because the shark ear has three parts, which are an external ear, an internal ear and a middle ear. Actually, these parts help to improve the hearing quality for the small fish-eating sharks.

Why Sharks Have No Ears

Most sharks have no external ear flaps. The reason for this is that these fish live in water and the difference in pressure between the front and back of their bodies would cause the eardrums to burst. Thus, their ears are hidden under their skin.

In fact, they have highly developed auditory organs that can pick up subtle fluctuations in movement and electrical fields from tiny animals below them.

Hence, Despite having no visible ears, sharks depend heavily on their hearing to find prey. They have particularly well-developed inner ears. Additionally, it plays a vital role in balance.

How Do Sharks Hear

Most of us know that sharks have a keen sense of smell. But did you know that sharks can also sense the sound from other fish from a long distance away? Whether it’s a humpback whale singing off the coast of Africa or a smaller fish snapping his jaws in the river, sharks are always listening. Let’s go on a journey into how they hear and how it’s different from our way of hearing.

Sharks have an excellent hearing sense because they have strong lateral lines that absorb vibrations and detect them. This allows them to hear very low vibration frequencies and locate the source of the noise using the lateral pores.

How Do Sharks Hear Without Ears

Sharks are amazing creatures that have been around for millions of years, yet we know surprisingly little about them. How often do sharks hear? Can they hear the same things humans can hear? It is clear that sharks lack external ears and spiracles (or a lateral line system), but how do they hear without ears?

Sharks possess an extra sensory organ known as the lateral line system. It is a set of visible pores lined up in mid-body that opens to pores under each eye. These sense vibrations in the water to detect movement and can sense low frequency sound. These organs can detect frequencies up to 8 kHz, which covers much of the range of most prey animals.

Humans and sharks evolved very differently, so the senses and mechanisms have to be approached differently. Sharks may not have ears, but they do have specialized organs that allow them to detect the electrical fields of living animals.

A lateral line is a sense organ used by fish that detects vibrations in the water. It is a system of sensory neuromasts found in aquatic animals that are used to perceive the body movements and physical events taking place in the surrounding water environment.

Do Whale Sharks Have Ears 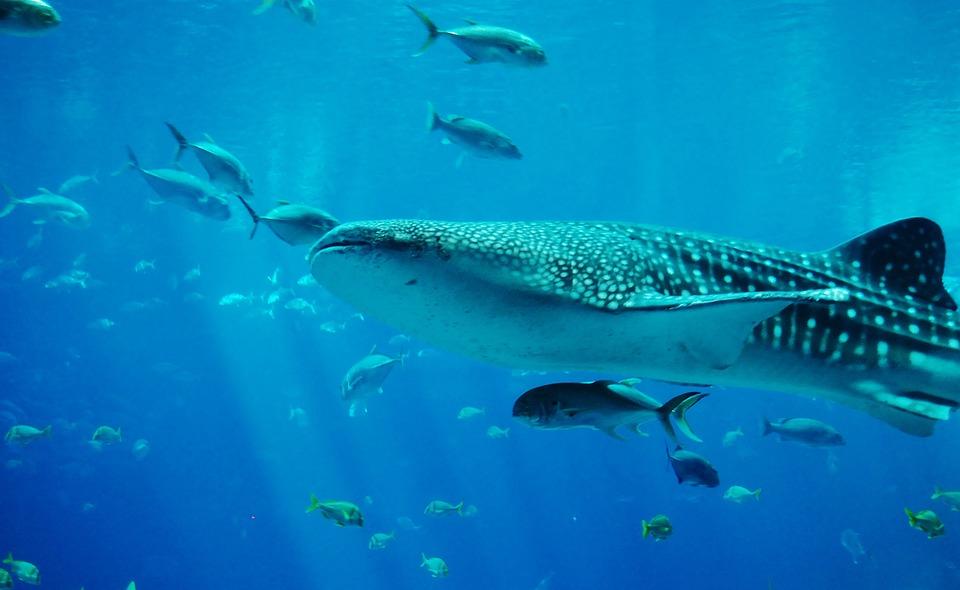 Whale sharks are large, gentle sharks that are easy to spot at many dive destinations. One of the most asked questions about these sharks is “do whale sharks have ears?”. They are so large that there is a lot of confusion about whether or not they can hear. They do, but you may be surprised by how they hear.

Whale sharks do have ears. Like many other fish, whale shark ears are useful for sensing vibrations in water. The inner ear contains a structure called a lagena, which translates mechanical energy into electrical signals that travel along nerves from the inner ear to structures at different points around shark bodies.

The hearing sense of whale sharks is obviously a part of their survival skills. For example, sharks can locate the source of the sound by triangulation, meaning they have three ears that are separated. These ears are more like antennae that can pick up the slightest sounds of their prey. The hearing in their head is developed to hear the pressure changes caused by its surrounding environment.

Do Great White Sharks Have Ears

The great white shark is known for being one of the world’s most formidable predators, thanks to its sharp teeth and surprisingly rapid swimming speed. However, there’s one thing that people don’t usually associate with these impressive sharks, and that’s ears! Do great white sharks have ears? If so, how do they use them? Read on to learn more about this fascinating creature and how it interacts with its environment.

Great white sharks have an acute sense of hearing and are able to detect frequencies as low as 100 Hz and up to 2,200 Hz . The ears are located just behind the eyes. Sharks possess ampullae of Lorenzini that help them detect the electromagnetic fields emitted by nearby prey.

To conclude it can be said that sharks do not have external ears, but they certainly have internal ears that allow them to hear. In Fact they have an excellent sense of hearing. They have a small hole behind their eyes that leads to a middle ear, which is the same structure that we have in our ears. This structure allows the shark to hear in the water.