Most of us wonder what do cows eat that makes them huge, strong and most preferred domesticated animals. Let’s find out what cow hay is and why it is essential for these beautiful creatures.

Cow hay is one of the primary ingredients used to make cow fodder. Hays are used around the world to feed cattle. Their nutritional content includes protein and minerals, making them the healthiest feed for cows. 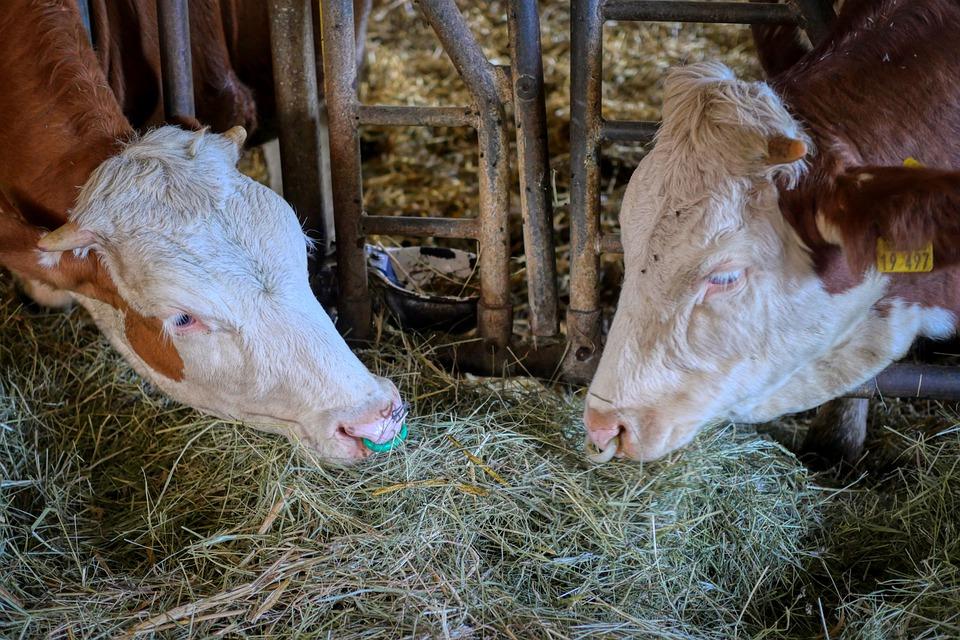 What is Cow Hay?

Have you ever visited a farm or passed through one? If so, you’ve probably seen those huge round and square bales used for a cow’s food and wondered what exactly they were. Let’s find out.

Dry grass is known as hay, and ruminant animals such as cows, goats, sheep consume hay for their food when pasture is not available. Cow hay is made entirely from plants and is cut or mowed several times a year.

Hayfields are seeded with a variety of alfalfa, clover, timothy, ryegrass, fescue, and other plants that help to produce the final product.

As animal fodder, hay is useful when sufficient pasture or rangeland isn’t available for grazing, especially during winter times and the periods of drought. Despite being a substitute, hay is really nutritious, and it is crucial that cows eat hay in order to stay healthy. 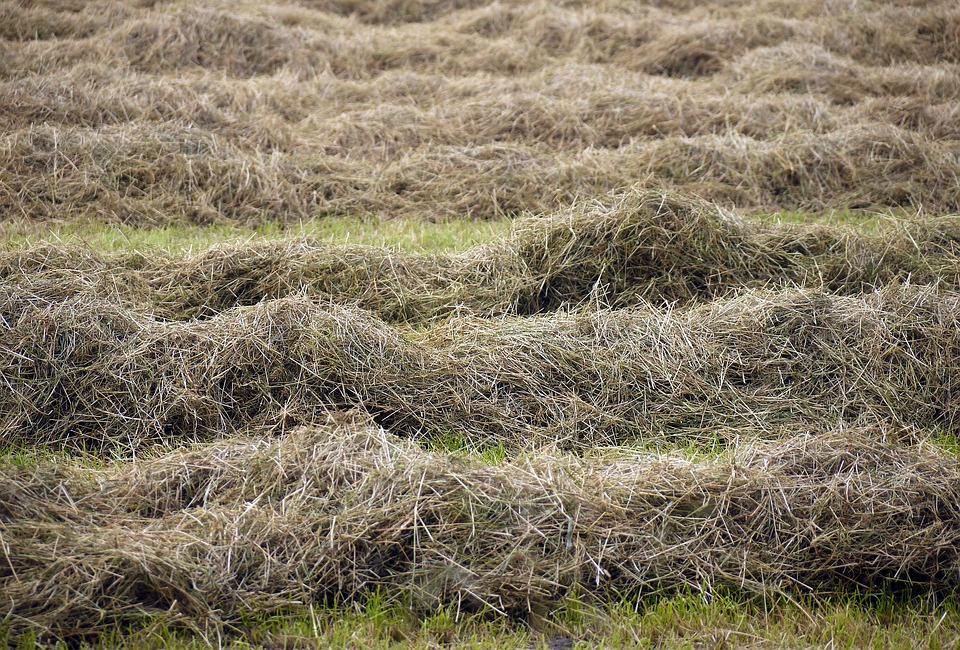 Types of Hay for Cattle

Although there are various types of hay available for cattle, the popular and most nutritional ones are: Grass Hay, Legume Hay, Timothy Hay, triticale, Oat Hay and Alfalfa. 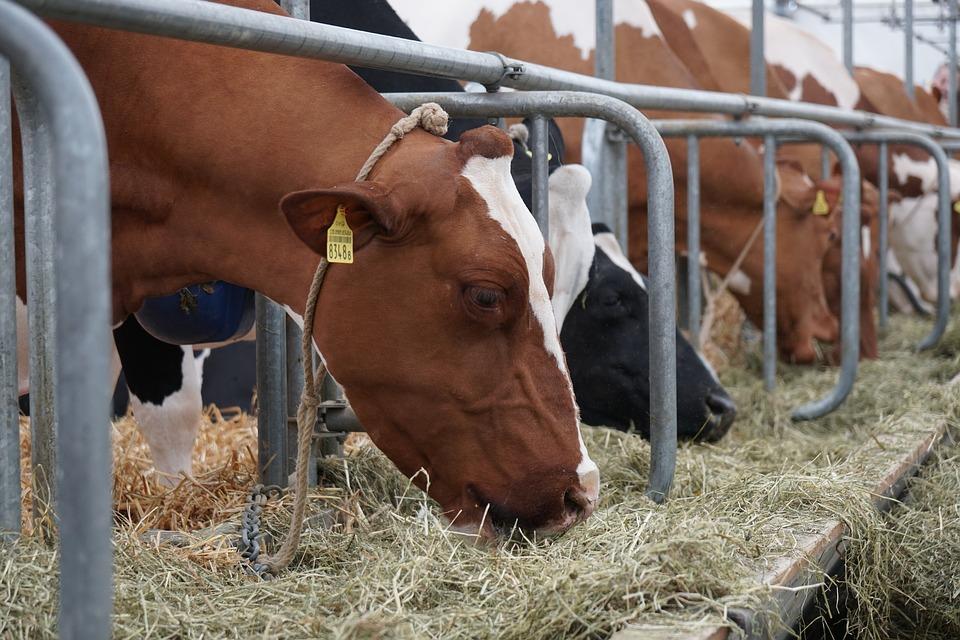 The type of hay needed depends on whether you are feeding adults, calves, or dairy calves or dairy calves. Having said that, the beef cow can survive on rather plain hay, regardless of the type, but if she is lactating, she will need additional protein. She will need good quality grass hay cut while it is still green.

On the other hand, It is best to feed calves soft, fine hay that has been cut before the bloom stage since it contains more nutrients as well as being easier to chew. Young calves have small, tender mouths and cannot chew coarse hay very well, whether grass or alfalfa.

A dairy cow needs as much hay as possible – with the most nutrients per pound – since she produces more milk than a beef cow. They won’t milk well on grass hay or stemmy, coarse alfalfa with few leaves. Let’s find out which hay is the best for dairy cows.

Timothy hay is an essential ingredient in a dairy cattle’s diet due to its high fibre and energy content and limited protein. It is well suited to improving the health and performance of dairy cattle.

According to experts, Timothy hay is a good feed for both pregnant and lactating cows due to its ease on their digestive systems and its ability to promote bowel regularity. Science has also shown that Timothy hay is an ideal feed for various animals, including cattle and poultry.

Timothy hay is also low in moisture content, reducing the risk of mould and rot. Timothy hay can be helpful in preventing hypocalcemia, or “milk fever”, which occurs just before or after calving and can impact up to 10% of cows.

Alfalfa Vs Grass Hay for Cows

Known for its high protein levels, alfalfa hay is regarded as the best type of hay when compared to grass hay. However, it may come as a surprise to learn that alfalfa hay may not be suitable for every cow.

It is best for beef and dairy cows, but it isn’t ideal for old cows and cows with slow digestion because they take longer to digest alfalfa. Even though alfalfa has a high sugar content, it is not recommended for overweight and old cows.

Is Alfalfa Hay Good for Cows 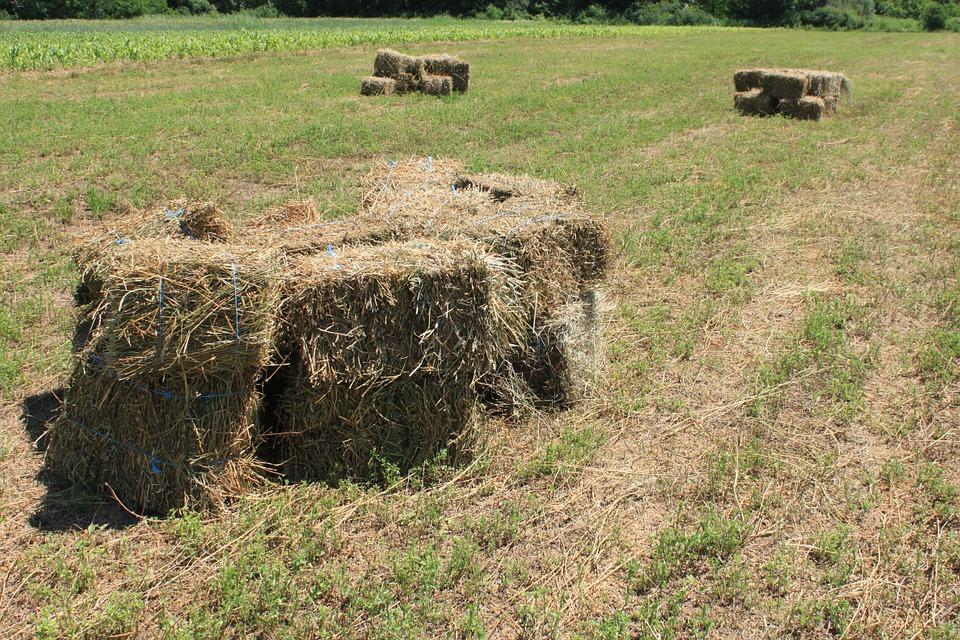 Alfalfa is one of the dominant hay species being marketed in the world; it has established itself as the premier quality hay, thus grazing alfalfa is a widespread practice that exists in the world. But, is alfalfa a good hay?

Nevertheless, if you are a cow owner, you ought to understand the nutritional needs of your cow, as well as her health conditions, since too much alfalfa can lead to high sugar levels and bloating in cows. 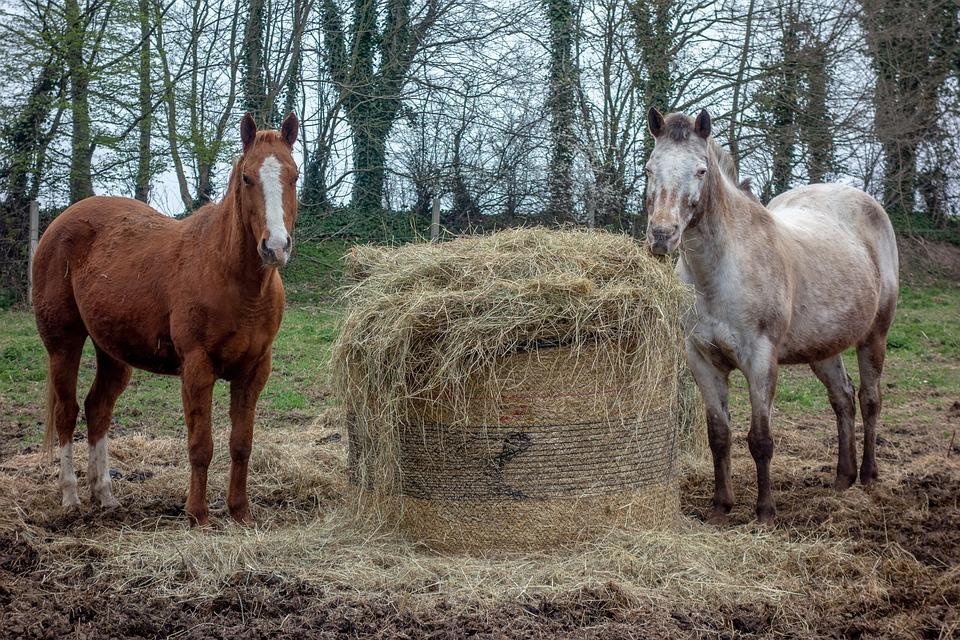 When you have ever seen a horse consume hay, you must have assumed that it was the same hay that cows consume, but that isn’t the case. There are different types of hay used to graze them.

Horse hay is usually of higher quality than cow hay; cow hay can have weeds in it, whereas horse hay does not. It is common for horse hay to be lush and green, while cow hay may have been rained on, and though it is dry, may not be as lush as horse hay. 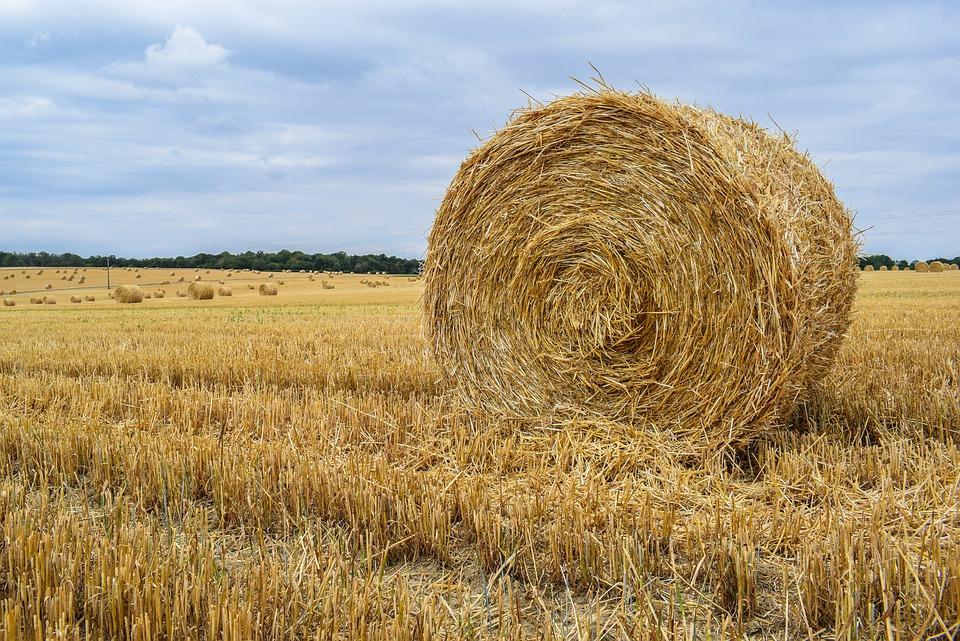 Bales of hay are commonly used as livestock feed. But what exactly are they? Let’s find out.

As the name implies, hay bales are simply a bunch of dry grass that is collected and rolled into big round circles to be stored and transported easily.

The hay is made into bales so it can be stored for the cold winter months or during times of emergency when there are no fresh pastures available for grazing.

How Much Hay Does A Cow Eat

Now that you know what hay is and how to identify different types of hay, you probably want to know how much hay is needed every day for a cow. Let’s search for this information.

Adult cows usually eat 26 pounds of grass hay per day. To determine how much feed a cow is likely to consume daily, several factors are vital, such as the cow’s size, her lactation status, and the quality of the forage.

A cow that is pregnant or nursing a calf would probably consume more hay. Adult cows require more hay as well because most of them are working in the fields, pulling carts or ploughing, which demands a great deal of energy.

How Much Hay Does A Cow Eat in the Winter

Humans and livestock alike are affected by winter conditions. In order to keep warm, cows also require special diets for the winter months. Let’s see how much a cow eats a month.

How Much Hay Does A Cow Eat in a Day 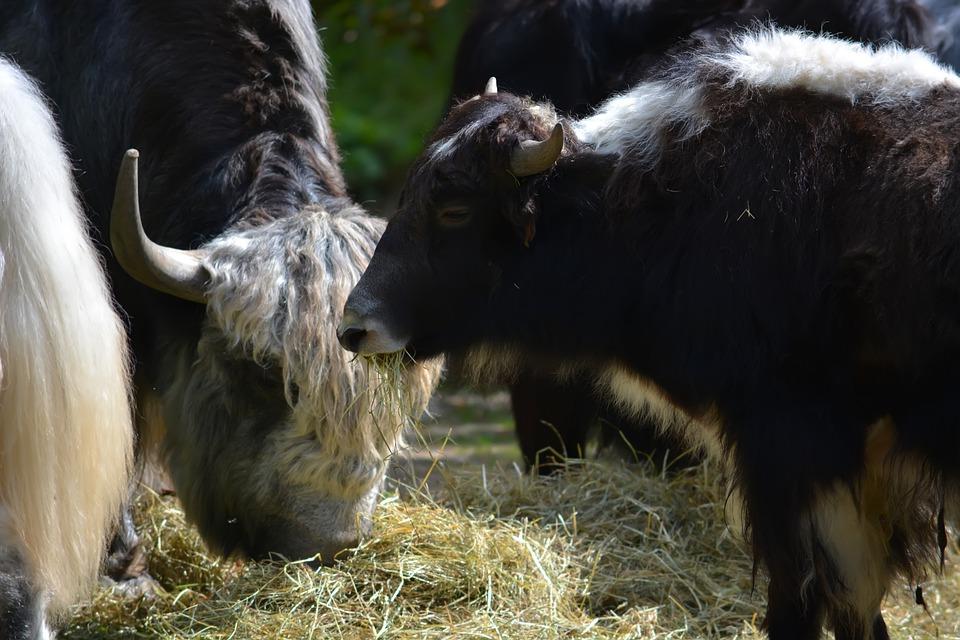 Several assumptions have been made about how much cows eat in one day because of their enormous size. Some say cows consume a lot of food in one day, while others believe they eat little. Let’s find out the truth.

Hay consumption of cows increases during their growth period. Cows consume more hay than they require when the quality and taste of the hay is better. Similarly, hay consumption decreases when hay is of poor quality, the cow is sick or distressed.

How Much Hay Does A Cow Eat In A Month

For cow owners, knowing how much they consume in a month is crucial so that you know exactly how much stock to buy. Read below shows how much cows consume per month.

If you feed two or three cows or steers one large round bale of hay, this will last for only a few weeks. Thus, a cow might eat around ten large bales in a month. However, during the winters the consumption can increase up to 20%

In summary, it can be said that cows’ hay is the most essential part of a cow’s food. Every cow has different nutritional needs, so there are a variety of hays available, and you must consider the cow’s age, health condition, and weather when offering hay.