You must have seen cows moving their jaws, chewing, and eating even when there was no food around. Ever wonder what exactly they were chewing? Let’s examine this.

A cattle is a ruminant animal, having a large digestive system consisting of four parts: the rumen, the reticulum, the omasum, and the abomasum. When they eat food, it first enters the rumen, mixes with digestive juices, and is sent back to the mouth, known as Cud.

Cows are unique animals having 32 teeth, the same as humans, but what makes them unique is they do not consist of any top teeth. Instead, they crush food along their hard gum line. This is why cows hardly chew their food the first time and swallow the food directly; this leads to rechewing of food several times. 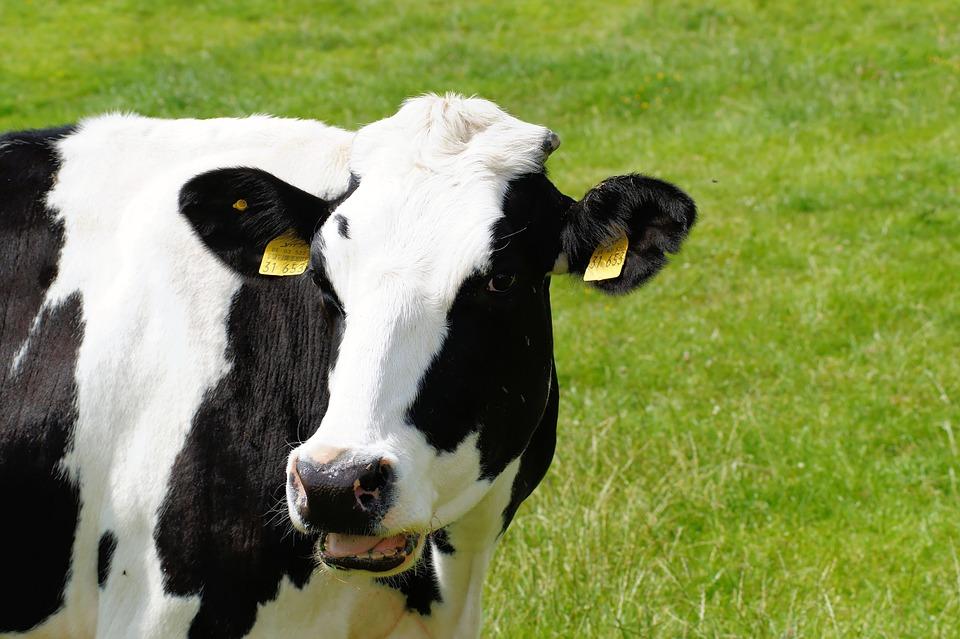 What is Cow Cud?

Cows spend most of their day, probably six to eight hours rechewing the Cud, so that all the nutrients can be easily absorbed. But what exactly does the term “cud” refer to? Let’s find out.

During the digestive process in the rumen, cow cud is softened food that is not digested and returned to the mouth to be chewed and swallowed again. Initially, cows chew just enough to moisten the food and swallow it; rumen makes it into softballs mixed up with other juices, which is considered as Cud.

This is why almost all day long, cows chew their Cud. Together, this and chewing food can result in upwards of 30,000 movements of the jaw per day. Chewing cuds is beneficial for cows as it helps the cows to maintain a healthy digestive system.

What is Cud Chewing? 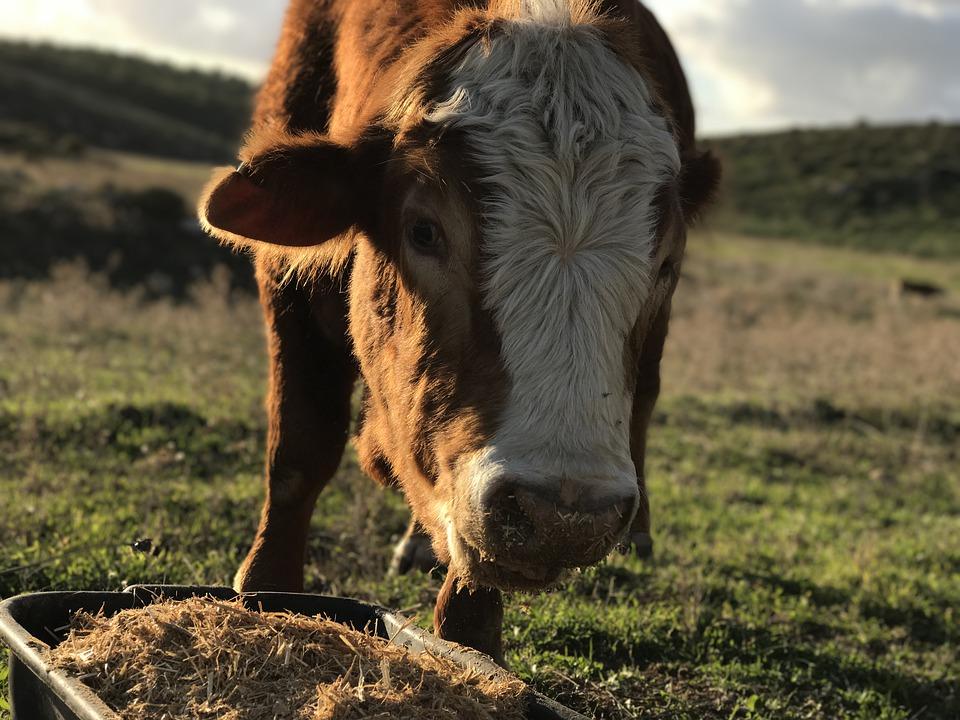 Among animal experts, chewing Cud is the term commonly used, but it isn’t easy to understand to the layman. Here’s what you need to know about cows chewing Cud.

Cud is produced during the digestive process called rumination. In cud-chewing animals, specific amounts of food are stored in a special pouch in their stomachs. Afterwards, they regurgitate the stored food and resume chewing again, which refers to cud-chewing.

Thus, cud-chewing is the final step of chewing the partly digested food by cows before finally swallowing it and digesting them in the rumen.

What are Cud Chewing Animals? 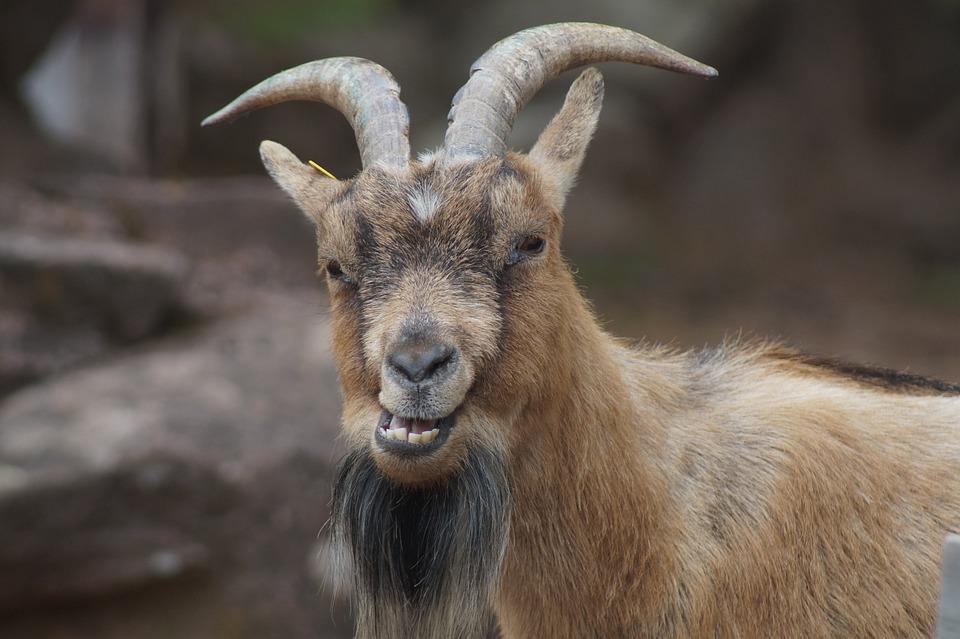 These animals are referred to as ruminants, meaning they are herbivores and eat plant-based food and store the food in the little compartments of the stomach and later chew the Cud for at least twice to get it digested completely.

What is the Purpose of Chewing on Cud?

Have you ever wondered why ruminants chew endlessly on Cud? It is not just out of habit or digesting the food they cannot digest. It serves a purpose.

The purpose of chewing Cud is to control acid production in the rumen through saliva. Cows rumen can produce the acid in large amounts, which can hinder the growth and function of several organs, including rumens.

Cud chewing for five to six hours produces around 50 litres of saliva daily, which helps to maintain the digestive system of ruminants and keep them healthy and happy.

Why is it important for Animals to Chew Cud?

It is known that cows chew Cud a lot, but what remains unknown is why they do that? Or why is it important for animals to chew Cud? What if they don’t chew Cud? Let’s explore all these unknown facts.

What is Cow Chewing Called?

Although it is pretty evident that cows chew half-digested food, also called Cud, what is the actual term for cattle chewing?

Cow chewing is scientifically known as rumination. The largest compartment in the cow digestive system or stomach is the rumen. This is also why rumen is called the most prominent pouch in the cow stomach. Thus, the chewing by other ruminants is also called rumination.

How Many Times Does A Cow Chew its Cud before Swallowing

It’s well known that cows chew Cud that gets transferred by rumens, but did you know how many times they need to do that? Do they do it for a few hours, or is it longer? Let’s find out.

Cows approximately do 30000-40000 chews in a day, and take around eight to nine hours chewing the Cud. Those 32 teeth chew the food; 6 molars on top and bottom plus eight incisors at the bottom front helps in chewing.

So, cows usually eat quite a lot of time before swallowing the Cud, ensuring that it can be digested entirely in the stomach. The experts also suggest that it is essential for cows to chew the Cud for at least 6 hours a day to digest the fibre completely.

While it is a common belief that cows do not eat anything and are just daydreaming about food, the truth is they chew the Cud. But why do cows chew the Cud? Let’s take a look.

In the act of ruminating or chewing their Cud, the cattle regurgitate an incompletely chewed bolus of feed. Since fibre can only be digested efficiently if it’s in small pieces, cattle rechew their food several times to ensure rapid digestion.

When Do Cows Chew Cud?

What if we told you cows are very particular about when they chew Cud? And they chew Cud only in certain conditions? You might then wonder when cows chew their Cud? Let’s look at it.

Cattles are flight animals, meaning they flee away whenever attacked by predators. Therefore, nature designed their digestive system so that they can chew the food whenever they are in their most comfortable surroundings or out of danger.

There is a common misconception that cows chew Cud all day long since they spend the majority of their day chewing. But this isn’t the case.

A cow chews Cud for only eight hours a day, and spends the rest of the time eating fodder. Cows only chew Cud when rumen transfer the food to the mouth through the oesophagus.

By the time it returns to her mouth, the Cud has already been partially digested by bacteria in the rumen. Afterwards, she must break down the undigested Cud even further using her teeth so it can be swallowed.

Do Cows Chew Cud While in Labor?

Cows do chew their Cud during contractions or while in labor because they feel completely normal and comfortable during this time. However, most of the cows do not chew Cud when they deliver the calf because of the extreme pain they are experiencing.

In the early stages of labor, cows are not as painful, so they chew their Cud in the meantime. Since cows chew at least six hours a day to maintain a healthy body, it is practically impossible for them to refrain from chewing during labor.

Do Cows Chew Cud When Happy?

It would be fair to say that cows also prefer chewing their Cud when they are happy besides being comfortable and relaxed. This is probably because while being happy, they chew the food even longer, thus aiding their digestive system.

The moods of cows fluctuate very quickly between happiness and sadness. They get happy easily when they find their lost calves, find food in the night or when they listen to music. Cows who chew Cud are considered the healthiest and happiest. So, the cud-chewing has become a way for cattle owners to tell if their cows are feeling low or happy.

Cud chewing is the process by which ruminants chew leisurely after swallowing food. Ruminants consume without chewing the food completely. After eating, they rechew the Cud slowly in their mouths. When the food is swallowed completely, the food is transferred to the omasum, where digestion continues.