Cows are often thought to be less intelligent than hunters due to their status as herd animals. Do these misconceptions hold true? Let’s find out.

A cow can be brighter or dumber, depending on the breed. Breeds that are more wild tend to be more intelligent. Thus, several species of cows have an impressive level of intelligence, including bullfighting cows, also known as Toros de Lidia.

How Smart are Cows Compared to Humans

There is no doubt that cows are among the most intelligent animals on Earth, but how smart they are compared to humans remains a source of concern. Let us examine this.

Like humans, cows can solve problems logically and intelligently. For instance- they can open doors using their intelligence, could follow sound to find food in a maze, nurture and find their lost calves.

Although, an animal’s intelligence cannot be indeed compared to a human’s.

But, considering their mental ability to store knowledge and remember things made them the world’s smartest animals on Earth. It is also because of their intelligence and sensibility that most cultures worship them.

Are Cows Smarter than Pigs

Having learned that cows are very intelligent and have a good memory, how much brighter are they than the world’s fourth-smartest animal, the pig? Let’s find out.

Pigs are more competent than cows because they can remember their names, learn tricks, play games, recognize themselves in the mirror, and guide the flock of sheep. Thus, they are among the fastest learners in the animal kingdom, even more brilliant than dolphins.

Pigs are not only lovable, sensitive and social animals, but they are also extremely intelligent as they can do almost everything that humans do.

They remember their names, can play tricky games, recognize their own faces and so on. Additionally, they are the most clever animals as they can easily fool the trail of pigs and can even trick humans.

They are also one of the most active animals, love to play with toys, such as balls, and are prone to getting bored if they aren’t entertained frequently. The fact that they are biologically similar to humans makes them the most imaginative animals on Earth.

Are Cows Smarter than Horses 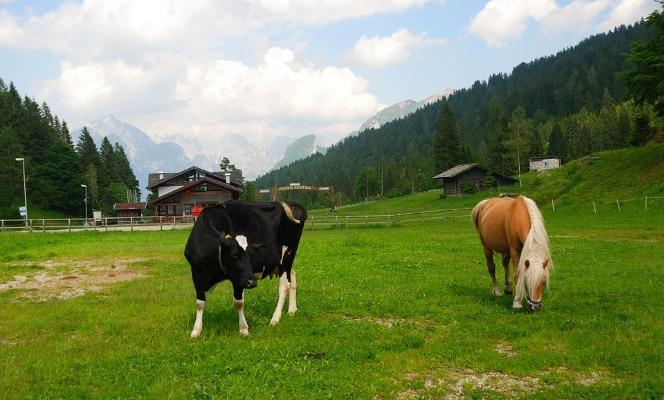 With both cows and horses being common livestock farm animals, it can be challenging to comprehend that one is brighter than the other. Let’s find out who is more intelligent than whom.

Compared with cows, horses have a higher level of intelligence. This is because they have colossal brain size, good temperament, excellent learning capacity, and are more empathetic towards humans.

Compared to cattle, horses demonstrate a superior form of intelligence because they are able to deal with cause and effect, as well as rewards, and therefore can be trained quickly and easily in a new environment.

Besides, horses can form a good relationship with humans in no time and are quick learners, making them smarter than cows.

Are Cows Smarter than Sheep 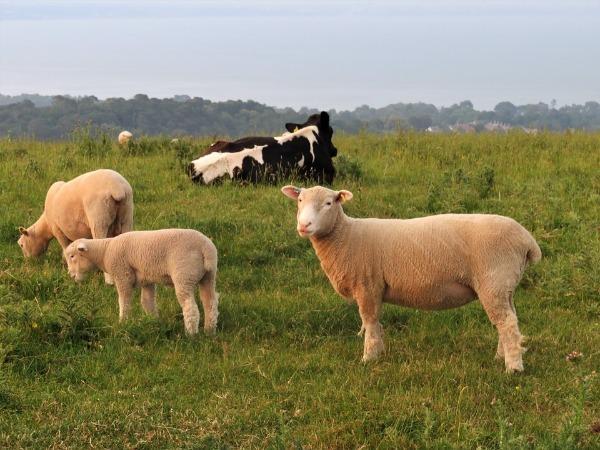 Herbivorous animals like cows and sheep are both domesticated, making it quite challenging to determine which animal is more intelligent. Let’s have a look at which is more brilliant.

As both are able to remember things, navigate mazes, recognize faces and nurture their young. It is believed that cows and sheep are almost the same in terms of intelligence.

In addition to being easier to work with, sheep are also gentle, docile, and trainable, so they can even be kept and raised as pets. Both of these animals have the same IQ level and are competent in their own ways.

Are Cows Smarter than Cats

Since cats are among the most popular and ingenious pet animals, let’s find out how smarter they are than cows.

Cats aren’t as smart as cows. This is because cats have a smaller brain size and are moody and slow learners; they do not respond to situations as smartly as cows.

Cats are known for their alert minds, active & flexible stature and are considered as one of the active pet animals. However, despite being active, they are not as smart as cattle.

This is because cats are often moody and annoyed quickly; this makes it difficult to train them. Due to their lower IQ than cows, they do not remember things.

Are Cows Smarter than Fish

There is a significant difference between cows and fishes since cows are terrestrial animals and fish are aquatic animals. Let’s find out the difference in their intelligence.

Considering their small body and brain size, it may seem that fish are dumb, but they are intelligent. Similar to cows, fishes also have long-term memory as they remember their watery homes and friends.

Like cows, they create maps in their brains to guide them through their aquatic habitat, using cues such as polarized light, sounds, odours, and landmarks. This proves that they are not just the most intelligent marine animal but are as smart as cows.

Also, they make lifelong friendships, and it is also said that they communicate with other fishes in sign language and love human touch. 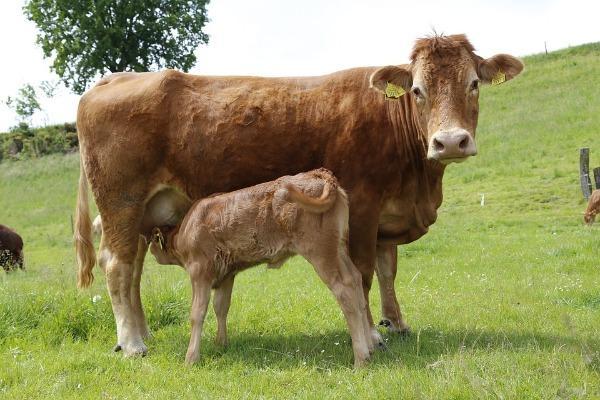 Considering that dairy cows are often domesticated, we should determine if they are as intelligent as other cows.

It’s incredible to know how smart dairy cows are. They have heightened executive function and decision-making capabilities as they can follow sounds through a maze to find food.

They eat food for themselves and save for their calves, making them the most thoughtful and most caring animals.

Why Are Cows So Smart

After we discover that cows are indeed intelligent creatures, let’s try to figure out why.

Their high IQ levels are a testament to their intelligence, a trait that was created by nature. It is evident that they are smart since they are able to lead their herds, solve puzzles, make their own decisions, and raise their young ones.

Our attempts to answer the question “Are cows smart?” show conclusive results that they are wise from some animals like sheep or cats but are less intelligent than animals like pigs, horses and fish. Although cows are born intelligent, they can be made even brighter when trained in the right way.